It has been decades since a rather extraordinary concept is part, or should be, of collective knowledge, it is now decades that science has established that everything around us, clearly understood by man, is Vibration, indeed, the study more and more Accurate of the brick of the “fu” matter, the Atom, has concluded, at least in this case, that precisely what we call matter, of matter, has very little, inasmuch as it is space, to be its main component. Not only that, the famous subatomic components, like the Electron, have a rather anomalous character for our traditional comprehensive standards, they are in fact equipped with “non-locality”, “bi-location”, plus a whole range of capacities, such as observe the observer or move in the past, as in the future.
Well, a few hundred years before Christ, a certain Pythagoras, to his closest followers, explained that the Creator had used a certain type of “sound” to create the Universe.
Not only that, in his knowledge he was even more specific, as he could assert what kind of vibrations, or sounds, God employed in his immense creative act.
According to him, at the base of EVERYTHING, there was a very precise interval, the interval of “Fifth” which he explained very simply saying: taking a vibrating string and divided into three parts, two parts of it constitute the interval of Fifth.
Well, according to him, with Five intervals of this kind, God gave us the Universe, with 5 scenes everything appeared.
Someone more than a thousand years ago, theorized a vibrational knowledge at the base of matter, at the basis of creation, someone, in his own way, used quantum physics to explain Creation.
It is curious, however, to learn from the world of music, some notions, including that which summarizes the sum of Five intervals of the Fifth (5 \ 5te), through a numerical symbolism to me rather expensive.
Musically speaking, in fact, 5 \ 5te correspond to THREE OCTAVE, or rather to 888, I would like to point out how the Labyrinth of Collemaggio, which consists of three eight, is a sonic-vibrational summary of a knowledge taken directly from the creative act of a God rather different from the anthropomorphic one that man, in a provincial and selfish way, imagines. 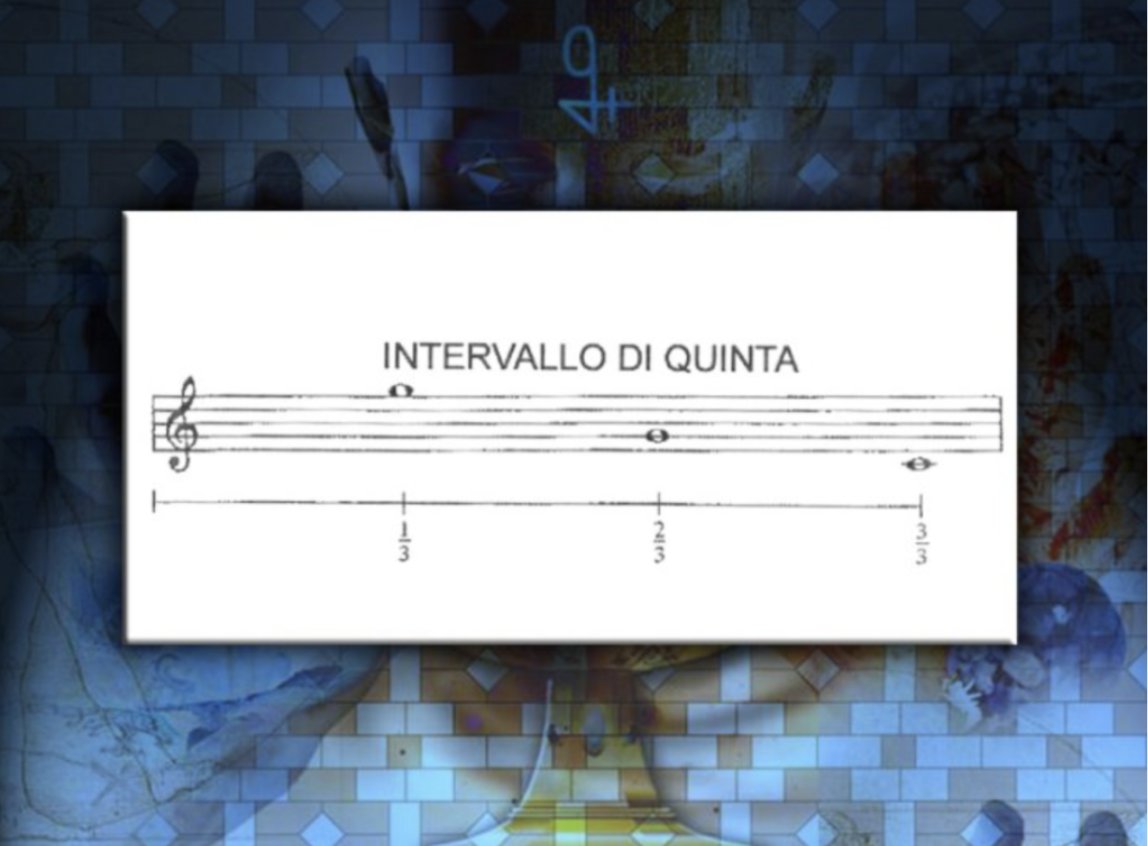