THE ARTHITECTURE OF THE OCTAVA, THE SAME OF THE CROPS

THE ARTHITECTURE OF THE OCTAVA, THE SAME OF THE CROPS

I have deliberately followed, in most cases, a certain temporal chaos, to underline how, equally chaotically, I have lived, at least at the beginning, my studies, in fact, everywhere and in any “time”, I was able to find references concerning the sonic knowledge of the Circles, and the thing created me many problems because, having found a single univocal common thread, I had a lot of difficulty in giving the same organization clear.
It was in fact such a huge number of examples concerning the EIGHTH, to remain suspended before a historical precipice, which is why I wanted, through the previous chapter, to give you a little essay of the feeling of historical inadequacy I felt, because of the immensity of the phenomenon faced, as all of Human History is involved.
In the case of the symbols of the Octave, Mother and Father of everything written up to now, things become really “difficult”, so, this time too, I will use “Fortunately”, the Circles to anticipate some “human” choices in Architecture , one of the “themes” that, first, involved one of the ottave gemmations of knowledge: the 7 Circles.
With a certain chronological order, then, I will try to follow all the traces in which the OCTAVA has determined the constructive choices of man not in the centuries, but in the Millennia, even if this may certainly seem presumptuous.
First, however, some essential geometrical distinctions.
I think you remember the previous and abundant example of circles, all dedicated to the symbolism, this time “pure” of the number 8, well the same has always been reconfirmed by the circles through “examples” from time to time different, but at the same time equal.
Just above I used 8 Petals appeared in 2001 to talk about other 8 Petals in the past, very often circles appeared in which the symbology of 8, or petals, was REPLACED by 8 Directions 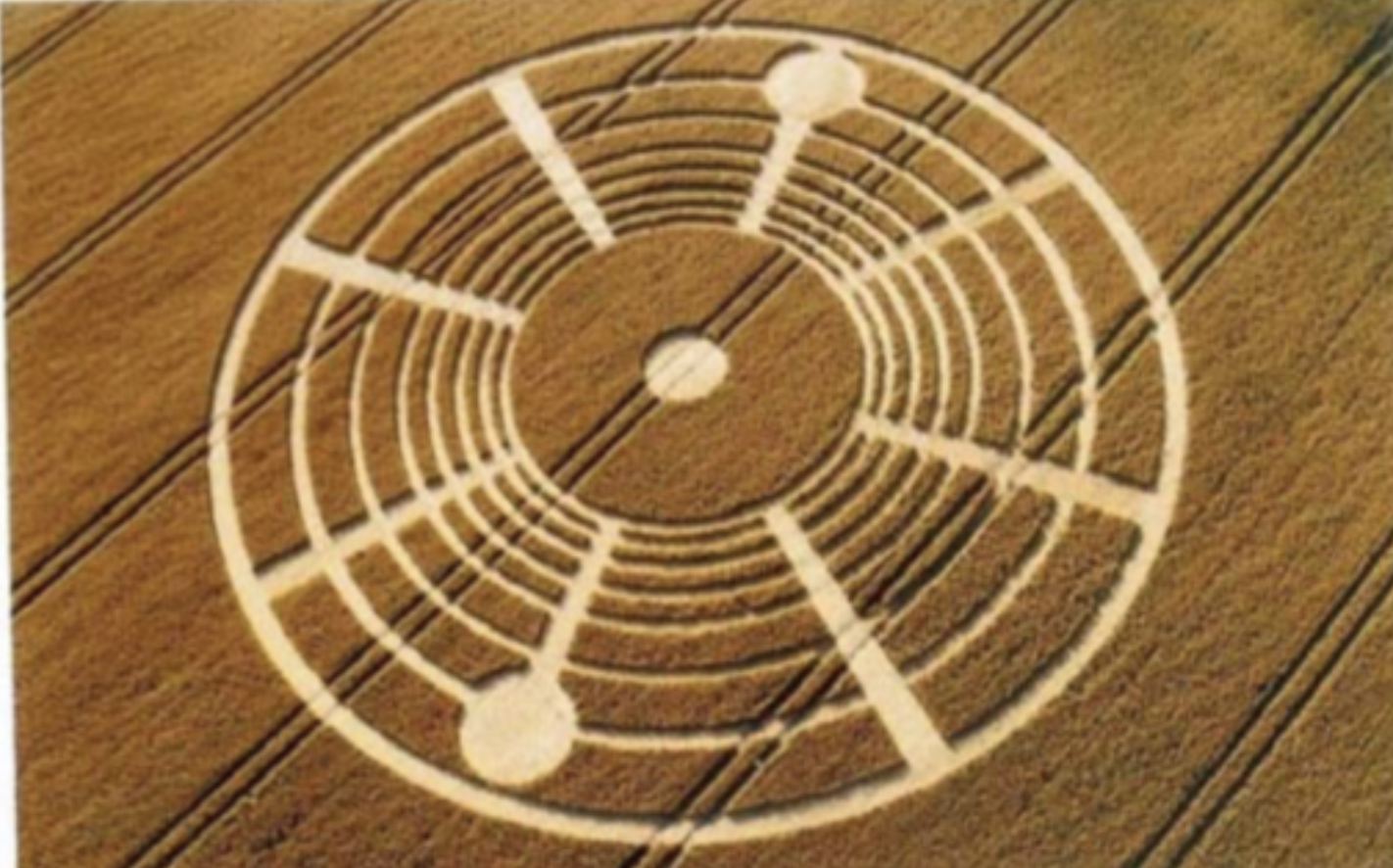 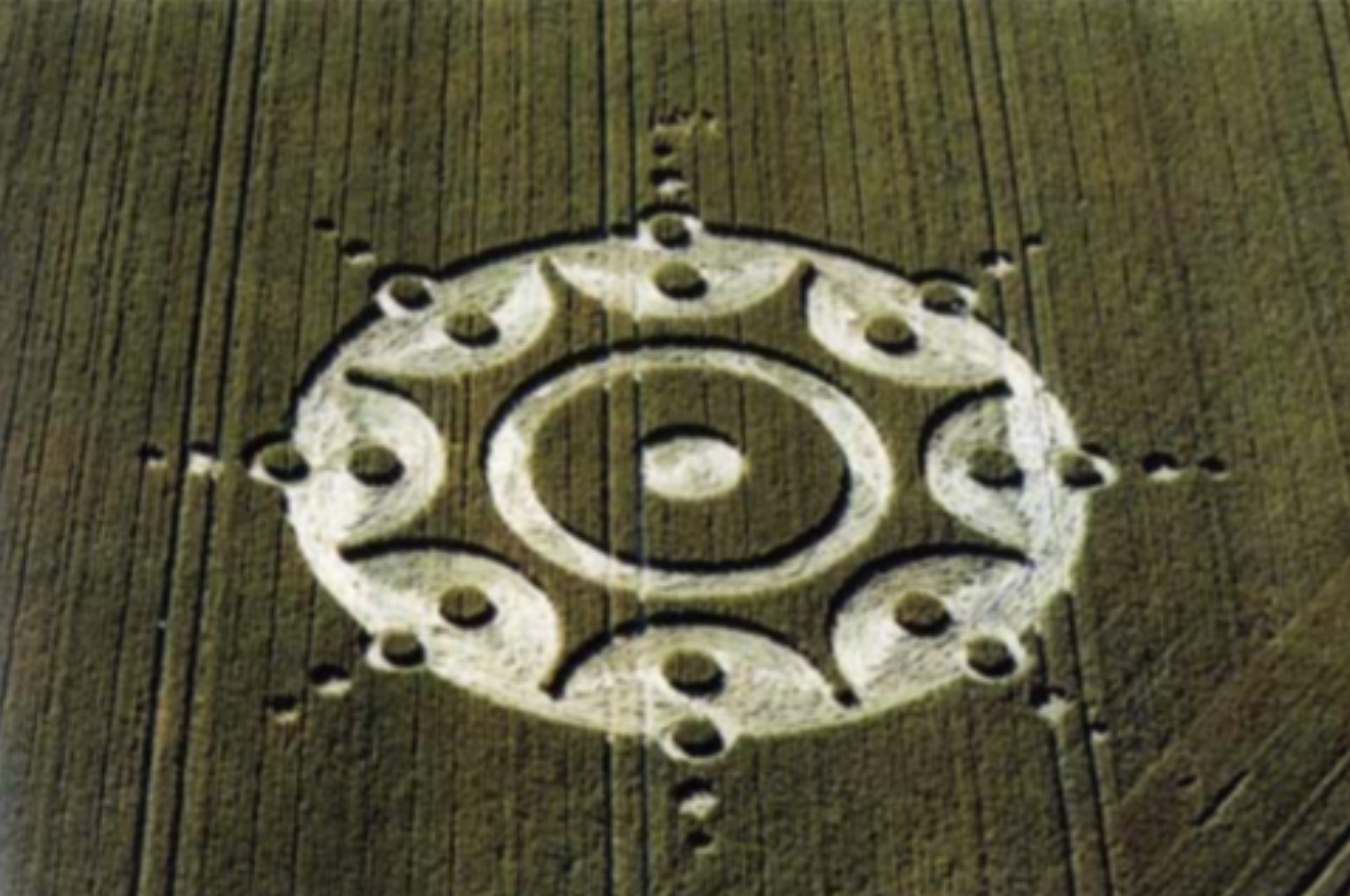 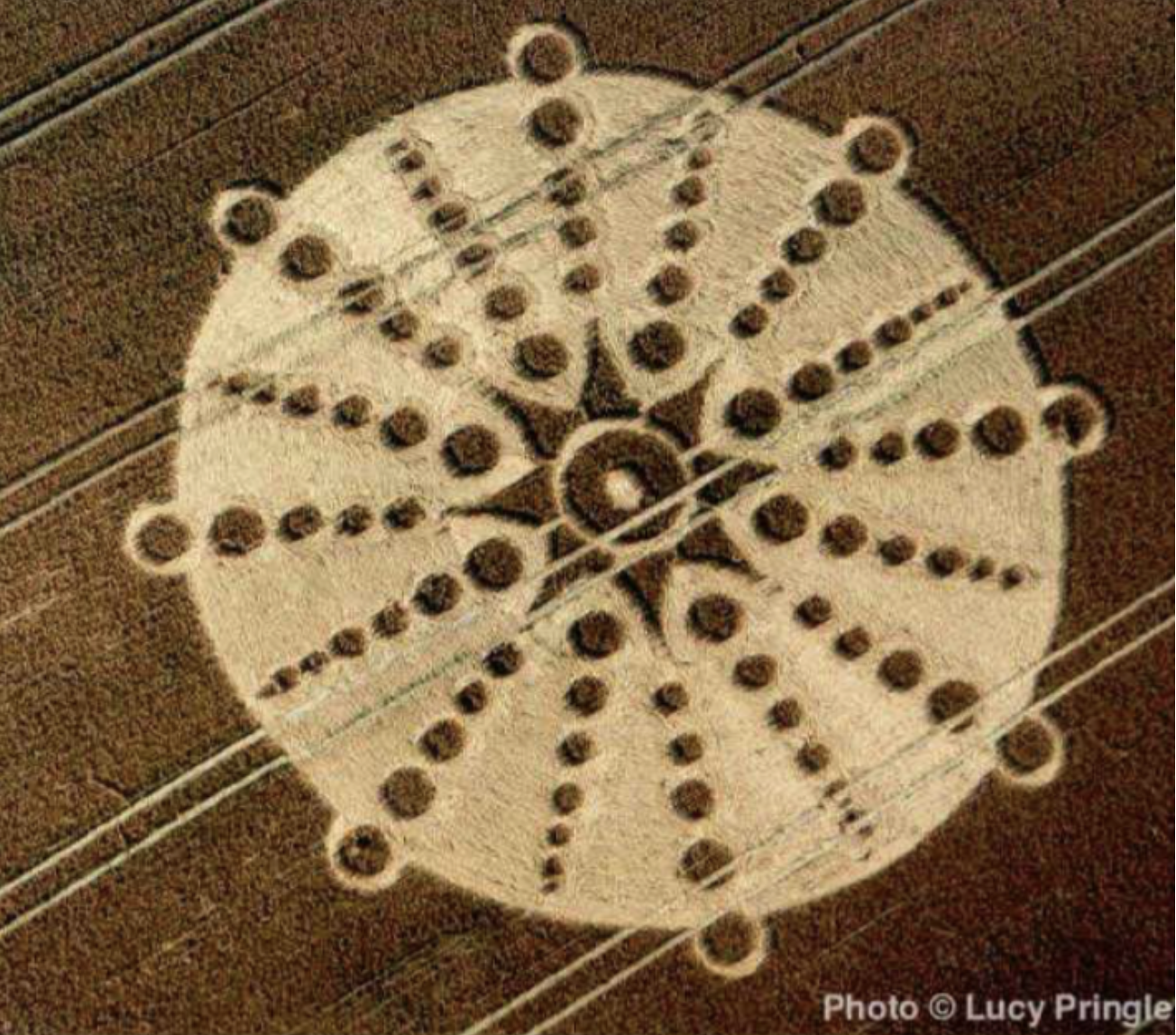 As per directional sequences of 8 circles

you will see that, however, this chameleonic ability of the Circles to make “EVERYTHING” appear through the EIGHTH and its “sequence” will become familiar precisely through Architecture. Imagine, now, how man could, by wanting to sacralize a “universal genetic concept” such as the octave, transpose it within his “constructive” capacities.

Probably it would have resorted to a simple and clear “geometry”, as it did. In fact, since time immemorial, the often sacred places are marked by a millenary geometry: the OTTAGONO. Now, again, a little effort of imagination to see the wonder draw on the faces of the first archaeologists that 60 km from Lake Titicaca discovered a settlement, that of Chiripa, 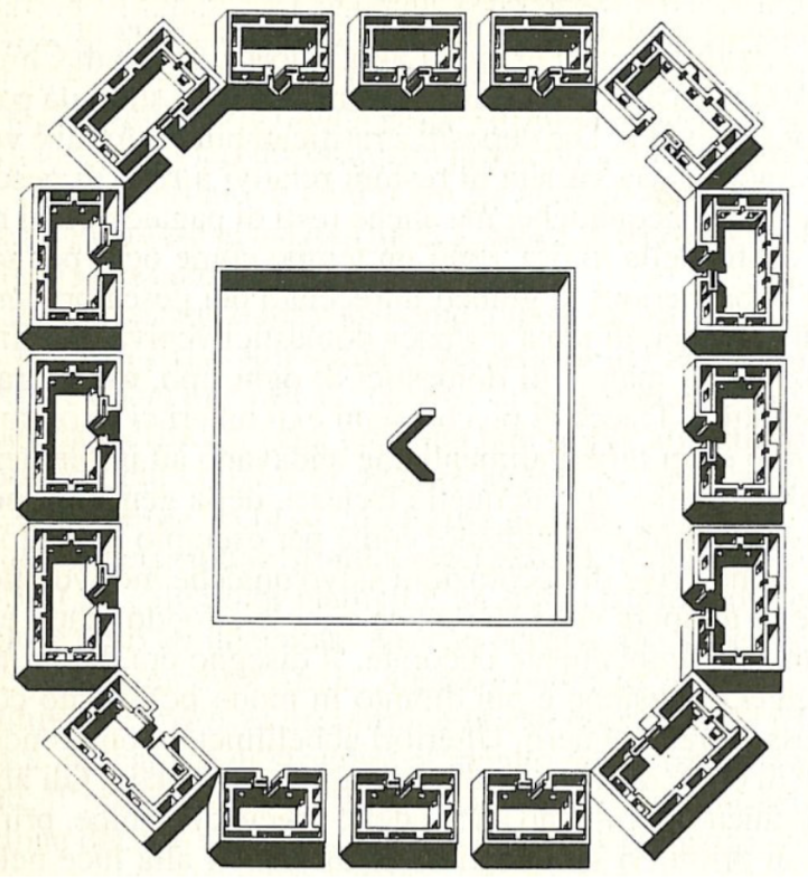 belonging to the Tiahuanachense period, clearly arranged according to an Octagonal form. Above all, look at this multi-millennial plan with care, since it hides, like the Circles, a unique feature: it results, in fact, the composite product of a courtyard, dominated centrally by an obelisk, Quadrato, in turn clearly understood by a set of houses arranged Octagonally.
At this point you can put to use the first part of your reading, to understand why two geometric shapes numerically transposable in a 4 and an 8 have been joined to create an architectural living example. Denderah, remember, 1 \ 3 and 2 \ 3 of his composition in Esseri, was made by 4 women and 8 men, well in Chiripa, at 3800 meters of height, it was held, in times almost unpronounceable for us, to underline that very important “creative” subdivision of the OTTAVA, something confirmed by the Puerta del Sol just a few kilometers from Chiripa where 4 \ 8 winged beings stand out, or from Semnut with its 12 Wheels divided into two groups of 4 and 8, as from the Sumerian List of Kings, with the clear reigning division, equal to 1 \ 3 and 2 \ 3.

Or, we could see this geometric, numerical and vibrational knowledge, transform, in our day, through a magnificent Crop, 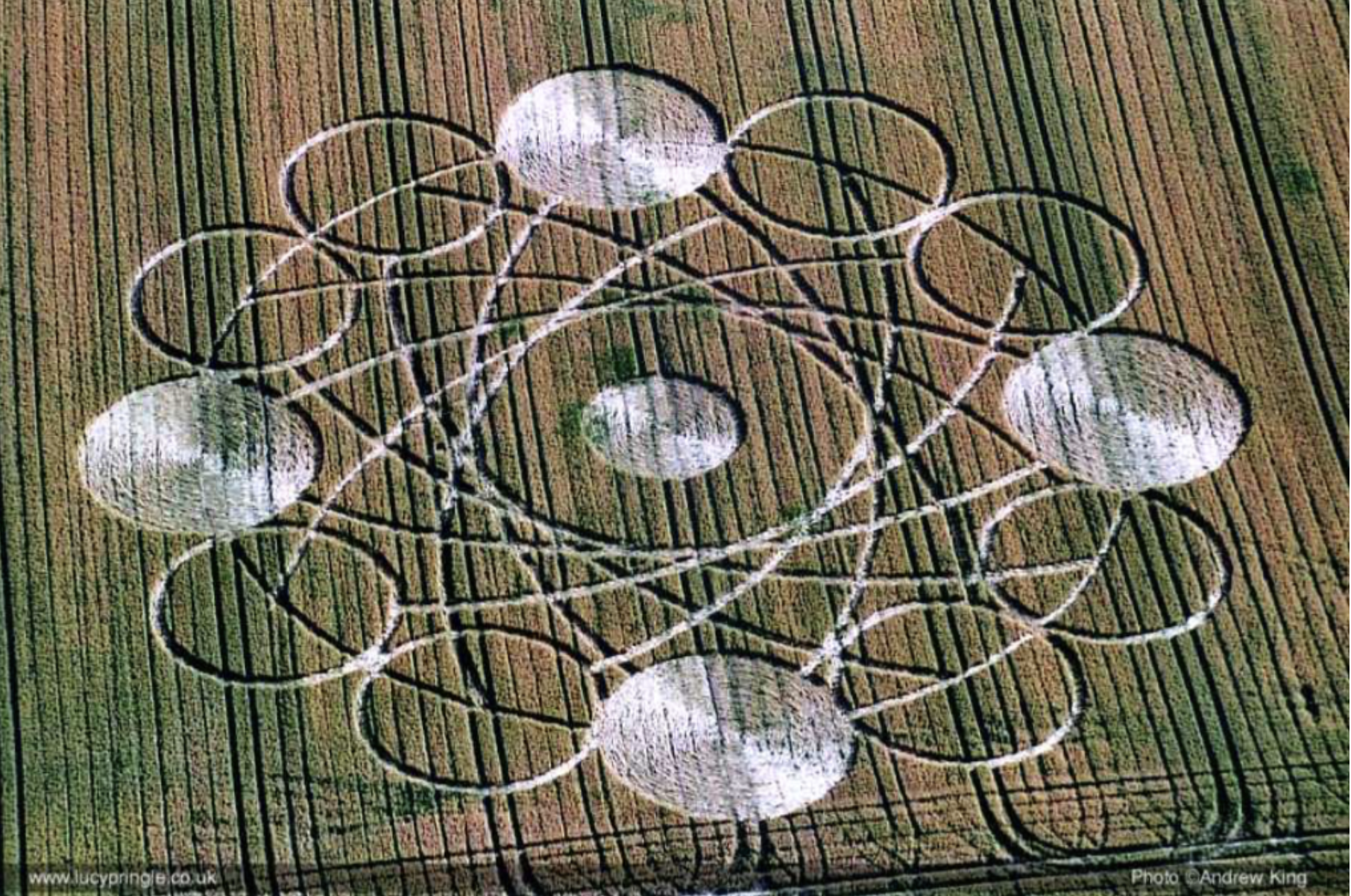 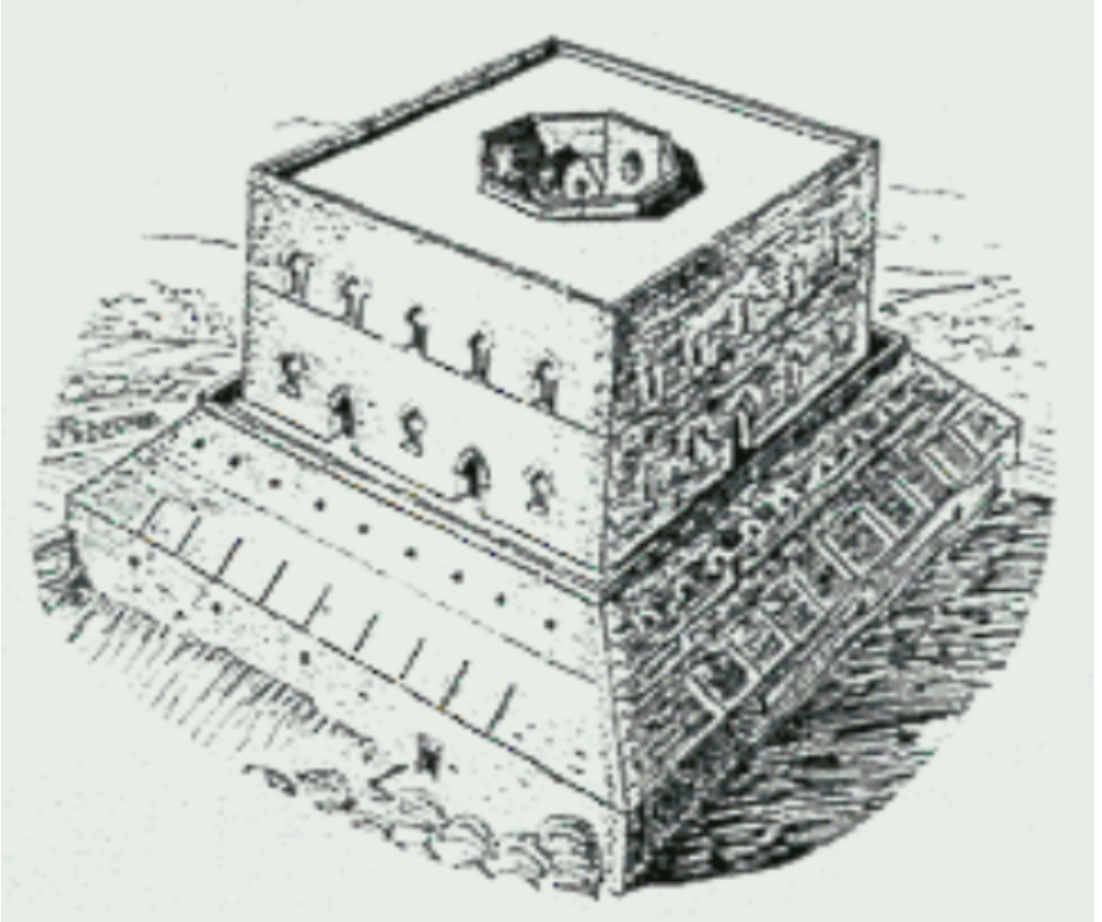 without hesitation, a building designed to house his court, so “square,” but clearly intended to accommodate an “octagonal” heart. The “Svevo” himself, who returned from his victorious “Crusade”, especially at the diplomatic level, decided and described to his poor French architect the plan of the most important medieval constructive testimony dedicated to OTTAVA: Castel del Monte. 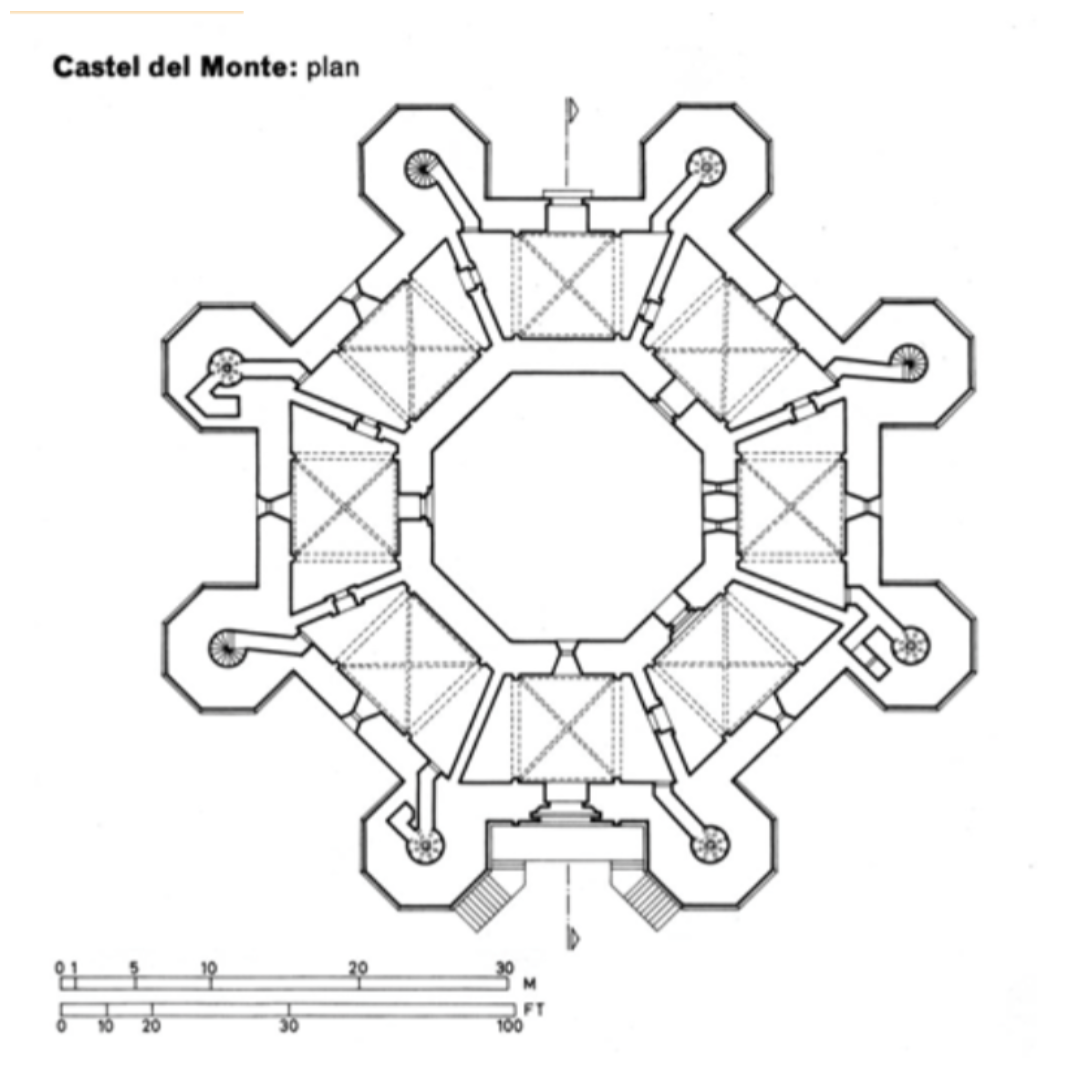 In fact, its cosmopolitanism, precisely from the Holy Land, drew the best fruits, from that Arab knowledge that for some time had kept a holy place, like the one from which, according to legend, Muhammad ascended into heaven, inside an octagon, calling that Muslim architectural example: Dome of the Rocks.
What can we say then, of the numerous 8-pointed Stars guarded by the Cupolas of mosques throughout the Arab world 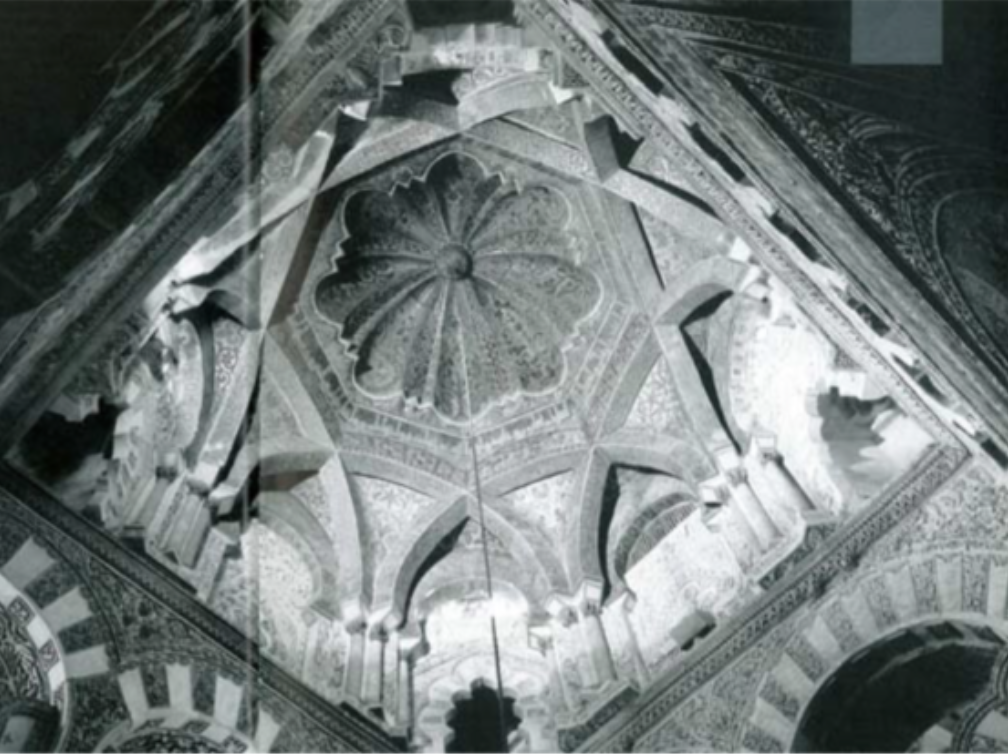 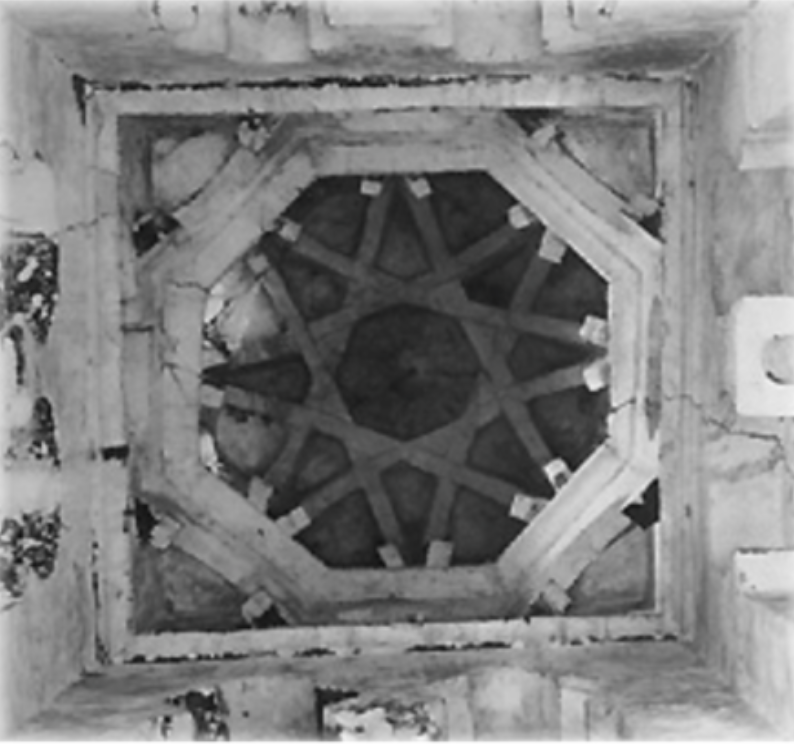 who dedicates to the Octagon, all the Tombs of the most famous sultans 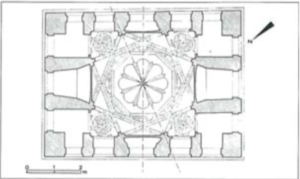 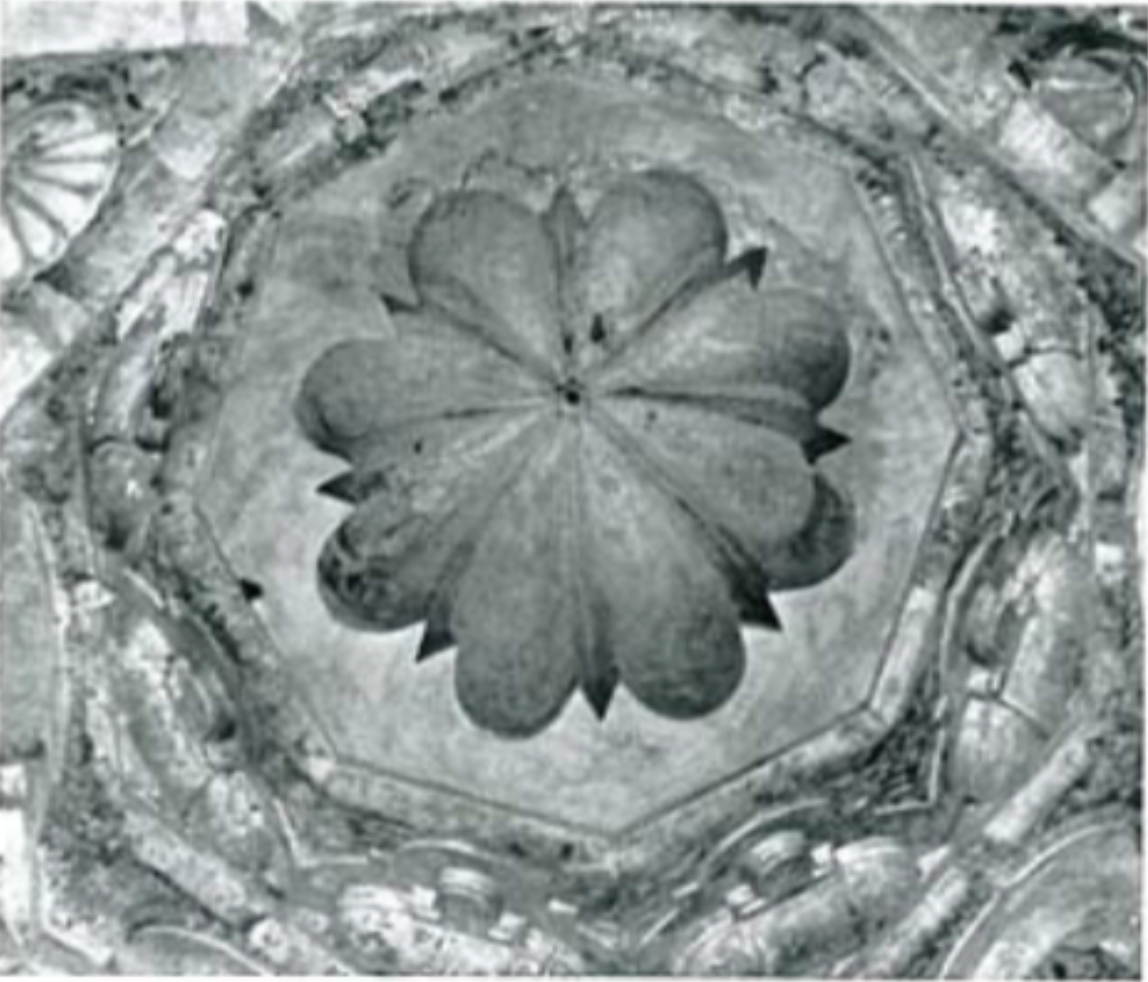 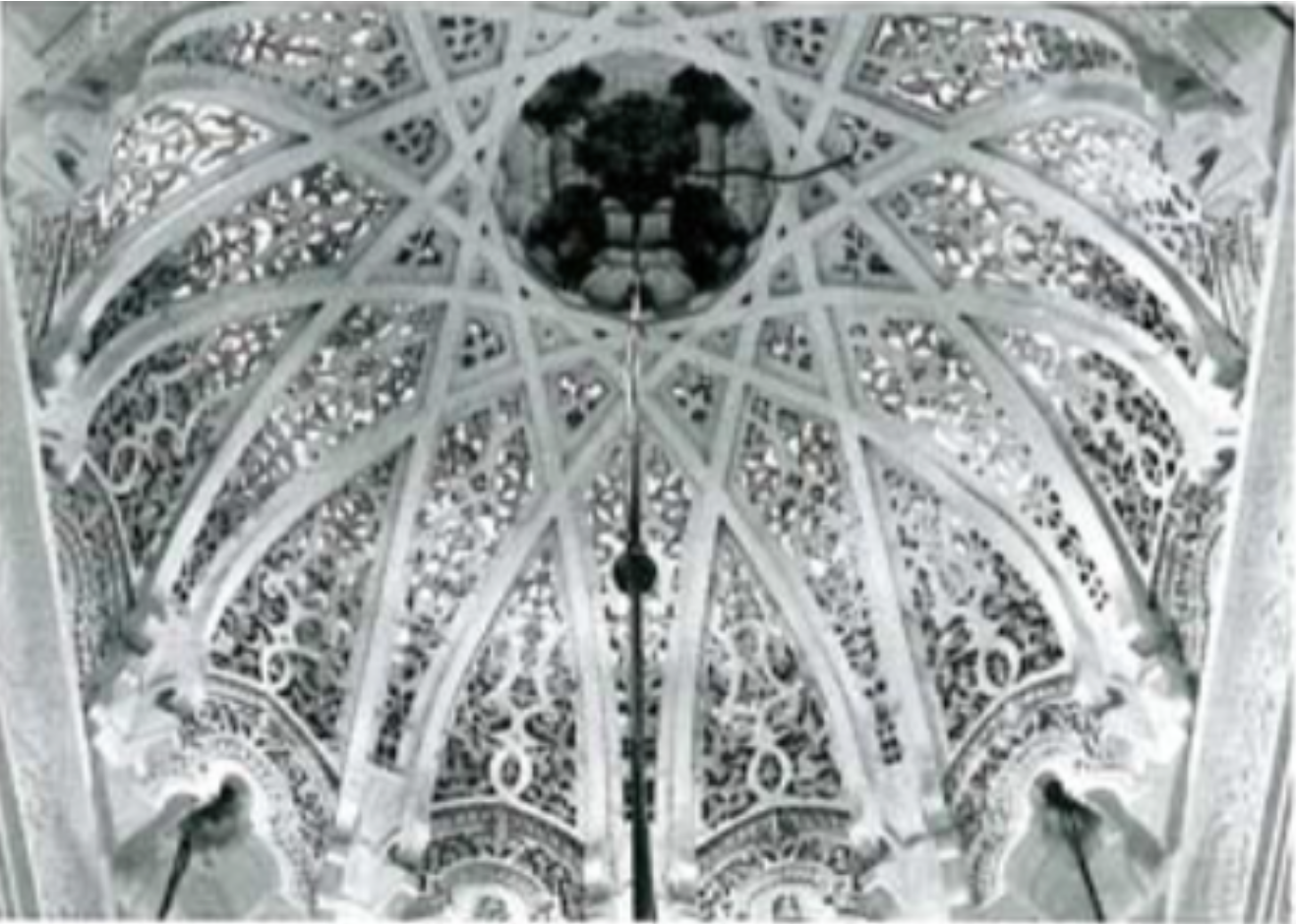 What, moreover, also customary for the Christian world that, for some time, buries the “great” of the past, like Charlemagne, in octagonal simulacra become Unesco heritage in Aachen. 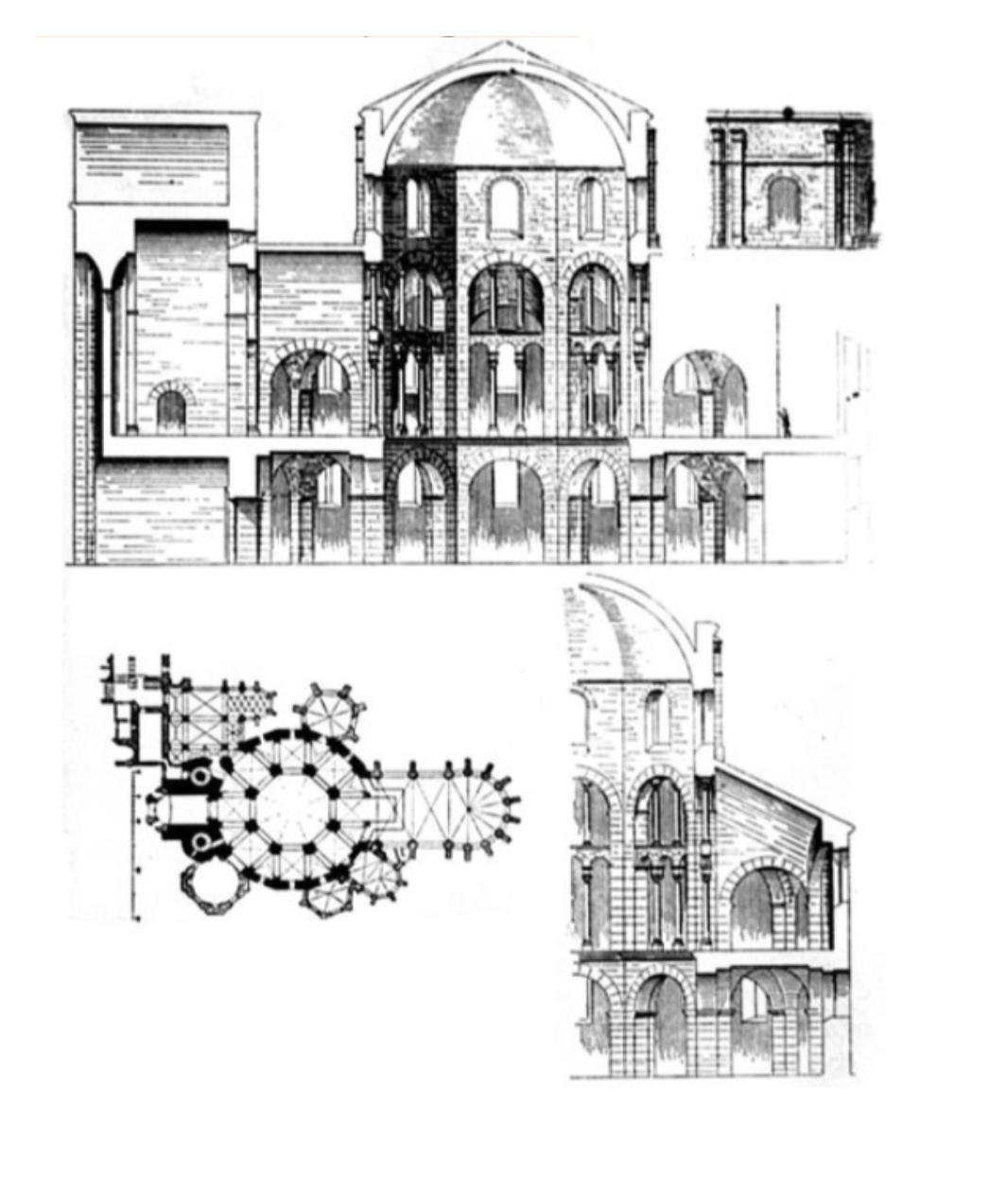 The same constructive geometry will be used for “our” Battisteri,

as for all those medieval fountains that still show off in ancient cities like mine. 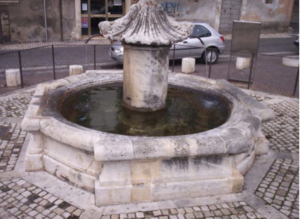 At this point, I think it is quite normal to see the Ottagono used by Brunelleschi, in full renaissance, to “build” its still unsurpassed Dome

and to correspond to it, on the floor of S. Maria del Fiore, a fantastic Square intimately linked to an octagon divided into 24 parts (233). 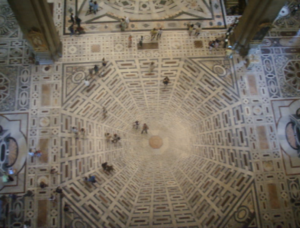 There will therefore be nothing surprising, if Leonardo da Vinci will create construction plans dedicated to OTTAVA 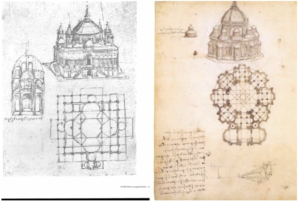 just like Michelangelo and many other great Renaissance figures. 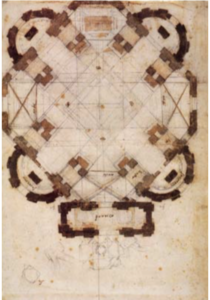 Returning to the Circles, they are able to remember how it is possible to speak of the OTTAVA through the superimposition of 2 Squares,

what, moreover, is known, always on an architectural level, from the Arab world, 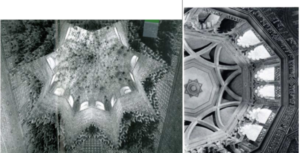 as from the shamanic constructive knowledge of the Native Americans also constituted by the Sweat Hut to which I will dedicate a space apart. 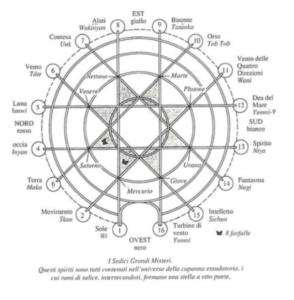 It will be at this point, ordinary, to see in the cathedrals of Cologne, St.Quentin, Amiens, Reims, Labyrinths dedicated to the symbolism of the OTTAVA 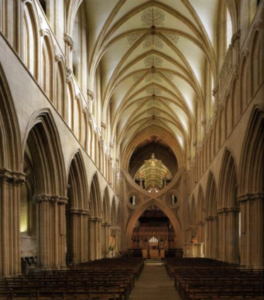 where it will finally be possible to understand what “describe” all the ribs of that Sonic aisle. Again, we leave the word to the Circles and their Directional examples given to the OTTAVA 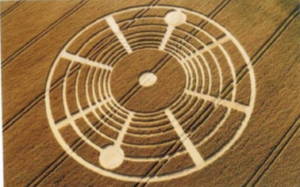 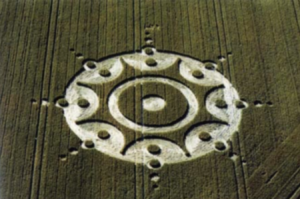 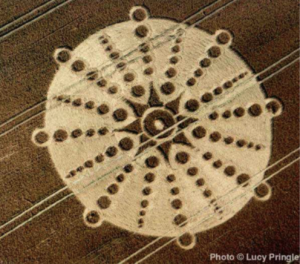 so that it is easy to understand and see, from above, Piazza S. Pietro, the beating heart of Christianity, characterized by the EIGHT DIRECTIONS, distinguished by a diameter of 240 meters. An image that perhaps will be able to guess how the “papal Knowledge”, which abided by Bernini, never was completely unaware of the knowledge of the Gods, the sonic knowledge. What is certified by the presence of the EIGHT DIRECTIONS right inside the Christian mausoleum par excellence, where the Baldacchino of the great Bernini stands out, circumscribed circularly by OTTO directional symbols of the sonic knowledge.

Not to mention the “usual” Leonardo, great interpreter of the eightfold directionality in architecture 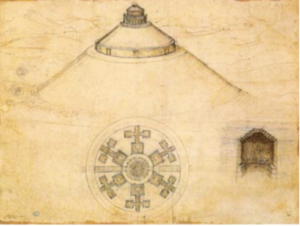 or of the all-medieval mastery of transforming the Octave into works of art like the Rosoni. 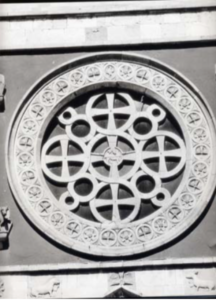 Start now to appreciate how much there is, simultaneously, in the phenomenon of the Circles of “ours”, of human, and somehow of “alien”, you can see the total contamination between these two aspects, whose “fruit”, today, do we call CIVILTA ‘in its differentiations?

Think about it for a moment, in the meantime let’s take a space to devote to a very special case!

Michele Proclamato (Taken from: A history of circles)