… But let’s return to the age-old question concerning the meaning and the applications of the symbologies placed in the Circles, in what has been the human social development and let us return through a field of knowledge, I think, rather known by everyone. Let’s do it through a circle other times used, I told you that in the Crop there is everything, simply by rotating it 90 °. 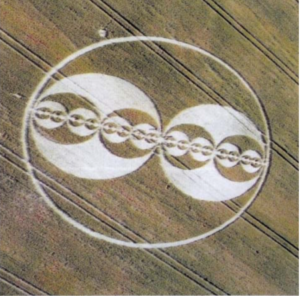 Look carefully, fine, now Stop. Spend your attention on the Romanesque facade of the Cathedral of St. Nicholas in Bari in 1197, do not you see anything in particular? 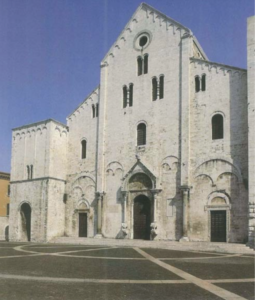 I help you, look at the areas above the entrance portals, perhaps now more and more clearly you will see the same geometries of the Circle examined appear. I think you realize that we are dealing with architecture in which the symbolism of the Octave reappears overwhelmingly.
Having noted this, move your reflections onto the appropriately and awkwardly modified by me image of the Modena cathedral façade 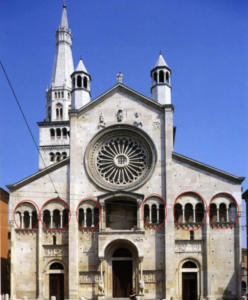 here  a Romanesque example, where, I think, you can appreciate how the symbolism of OTTO has become architecture. If you want to be, then so kind to count the minor arcs included for each EIGHT I underline, you will see that invariably, although in groups of three, will always be 6 for each octave, as clear reference to the creative moment summarized symbolically through the 6 Petals of many Crop.
Perhaps, and in addition, it may be of some help to know that the magnificent central rosette consists of 24 beams. We pass to the apse area of the same: (93) you will notice how the reference to the 7 circles shows off in a context in which the octagonal towers are added to the symbolism mentioned and completed by the OTTAVA. 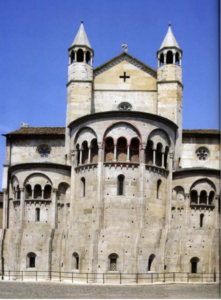 I think you can conclude that at least on the outside all that has been said so far has been transposed on a constructive level. And inside? As you will notice, the same style will also accompany the internal sacred design. 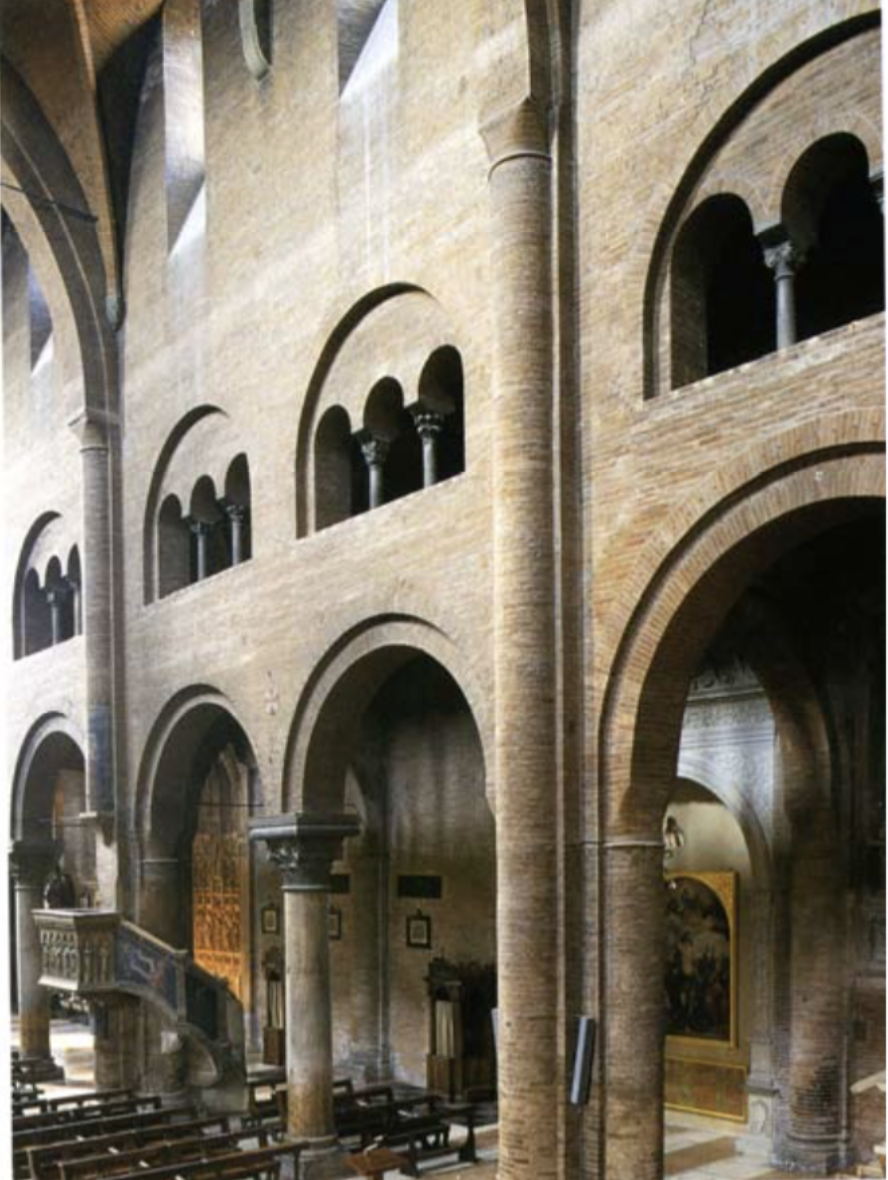 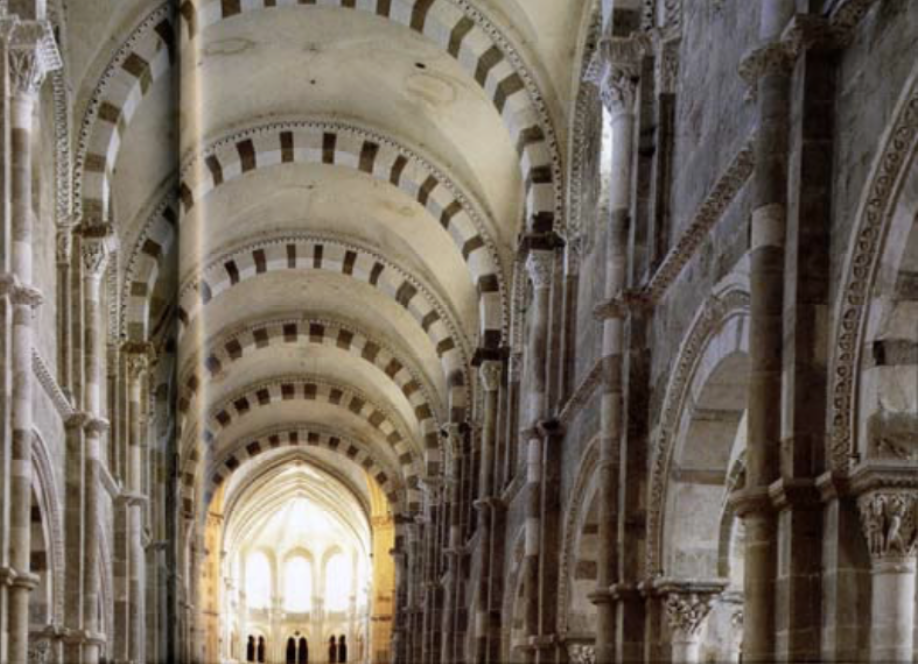 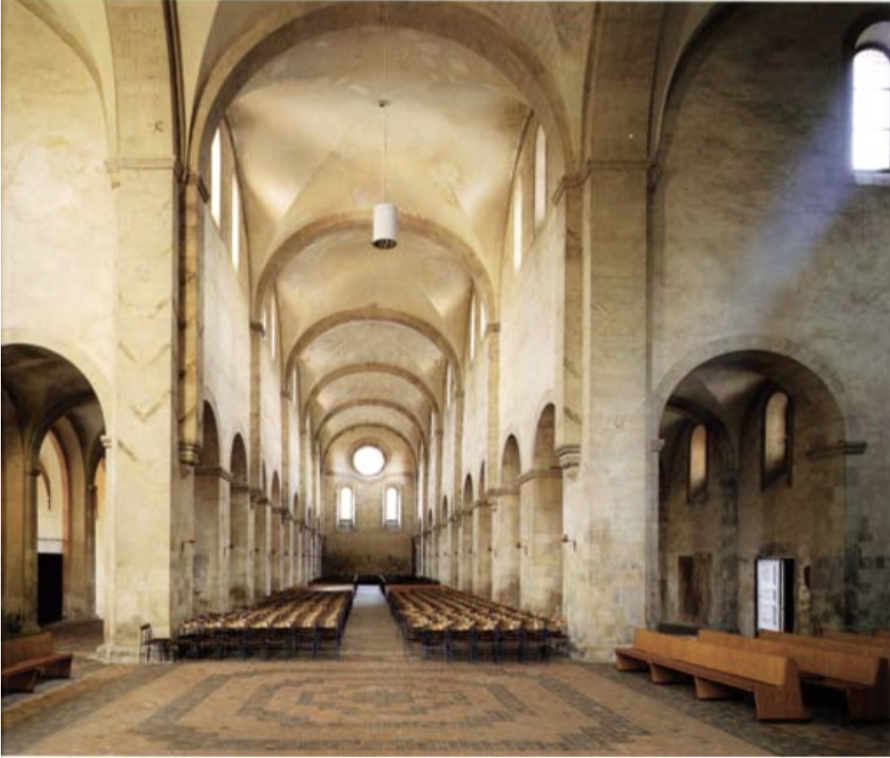 in all respects similar to that of many other Cathedrals, Basilicas and Cloisters 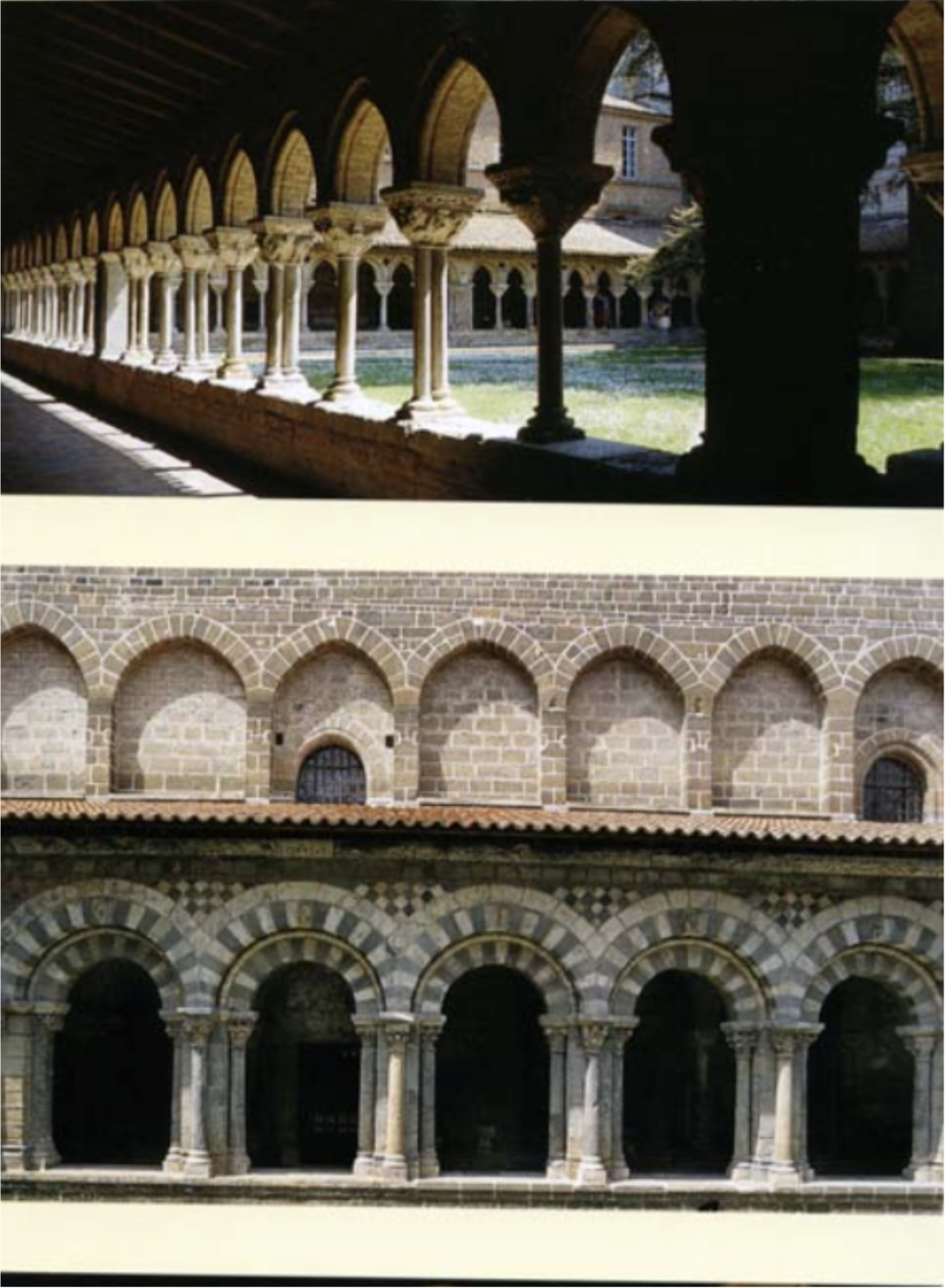 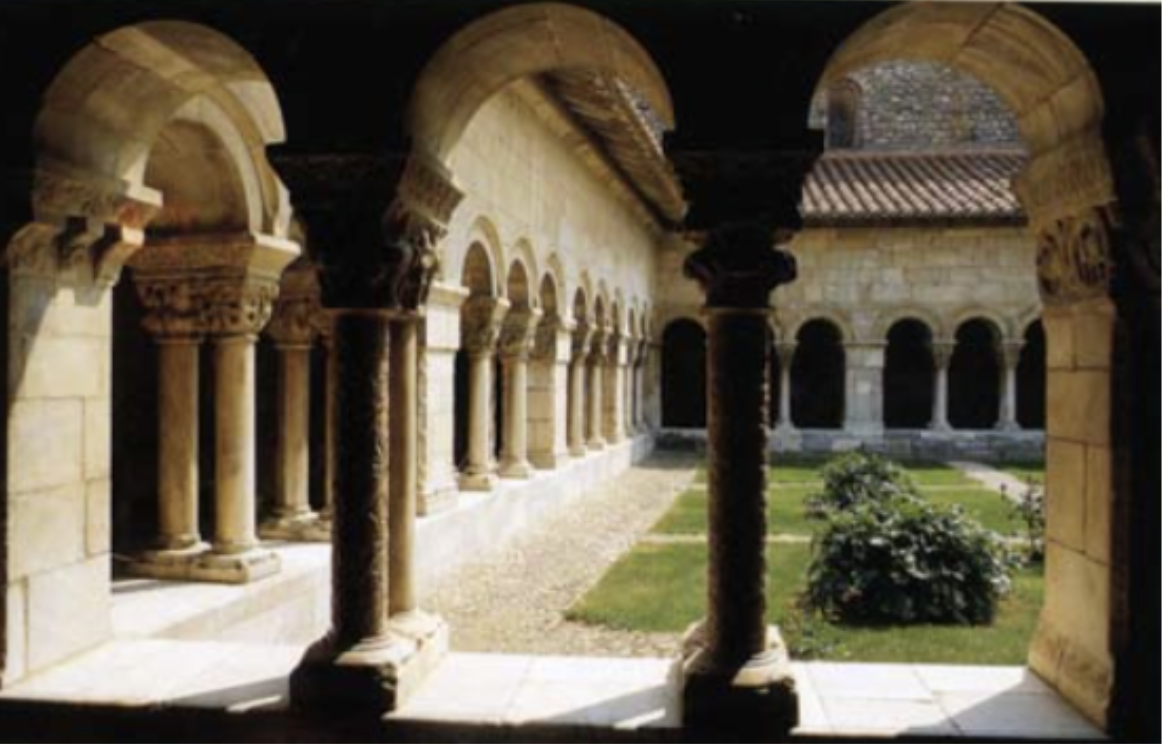 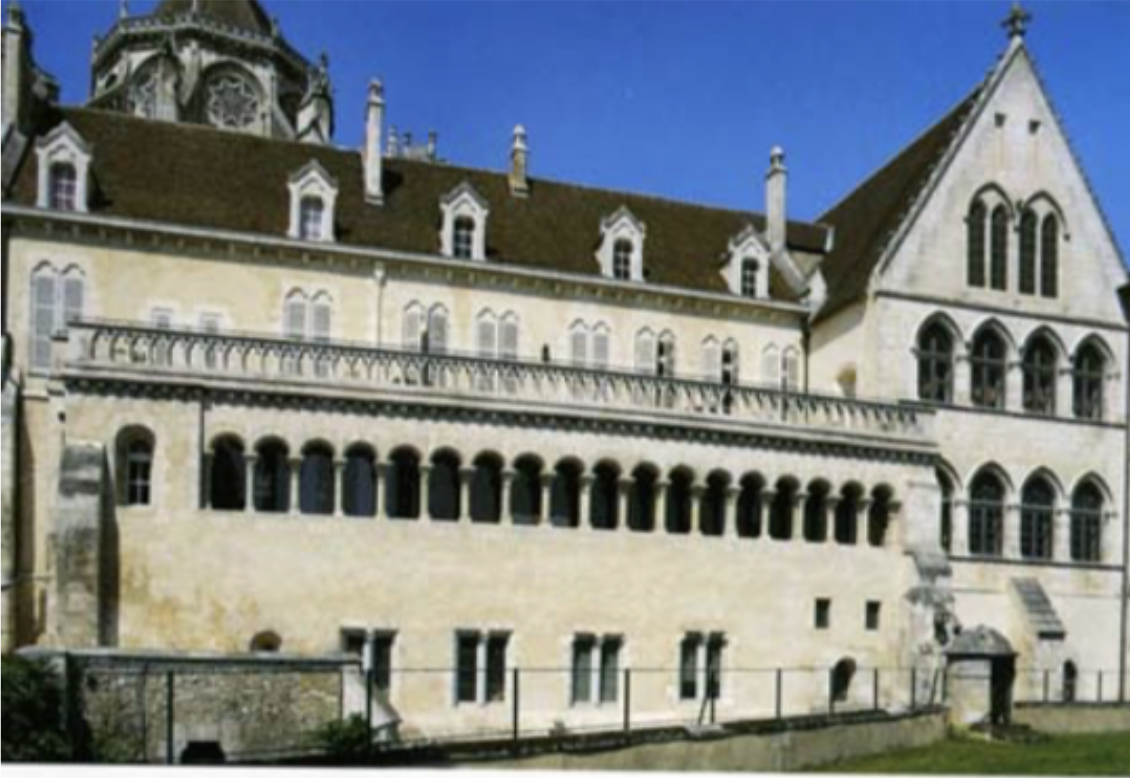 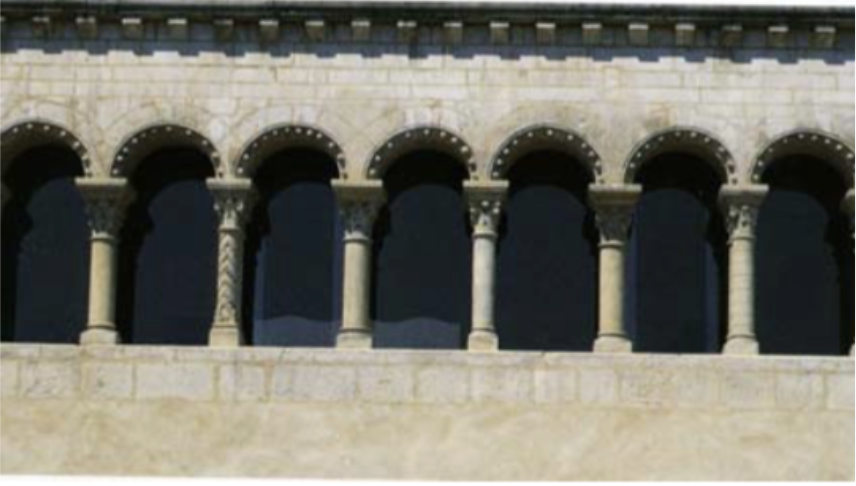 scattered as before throughout Europe. What did all these architectural examples share in a style called Romanesque? A constructive choice that made soft shapes all inspired by the “SEMICERCHIO” or more properly called “All-Sixth Arc”, with its diversifications, the principle on which to base a “new” type of art.

It is true that some monastic orders, famous for their constructive ability, such as the Cistercians, already during the Romanic period were used to anticipate what was the splendid Gothic period. 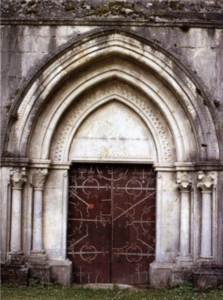 Returning to the Romanic I think it is clear how the “sonic symbology” treated up to now, has constituted the primary “inspirational” impulse, for its birth, in the light of a myriad of other examples made up of facades of famous sacred places 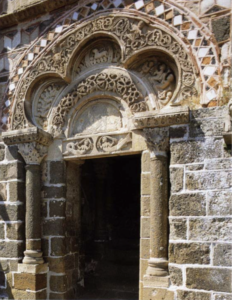 where the reference to the 7 circles is evident, an example not disdained by the goldsmith art of that period, which nevertheless always excelled through objects clearly suggested by sonic subjects. 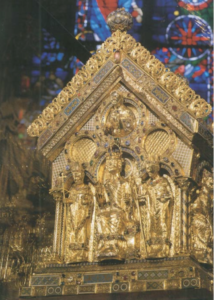 Even though I knew that I was repeating myself, would you define all this “esoteric”? And in the same way, the Crop that opened the architectural theme, would you “limit it” as “mystery”? And in this context, how should the symbolism of the circle taken into consideration be inserted: as an extraterrestrial novelty ?, a burlesque note of some naïve goliardici? or as the product of an intense season of porcupine couplings? Can you see the “boundary” between the information present in the Crop eD an aspect of the growth of human civilization? Yup? Then, as usual, let’s move on. We follow another stage of the architectural development of Christian civilization: yes, because then we will talk about other civilizations of this planet. As I said, immediately after the Romanesque, or it would be better to say during, a new “style” broke out that polarized all the sacred constructive attention, especially in France, where it all began. But it is not the constructive primogeniture that interests me, but the “idea”, the primary drive that inspired such a macroscopic phenomenon, which in a very short time allowed the construction of hundreds of Basilicas and Cathedrals with constructive characteristics that are still unique and inimitable today. Again I would like you to observe the geometric fruit of the THREE OCTOVES through the already used Crop of the photo below. 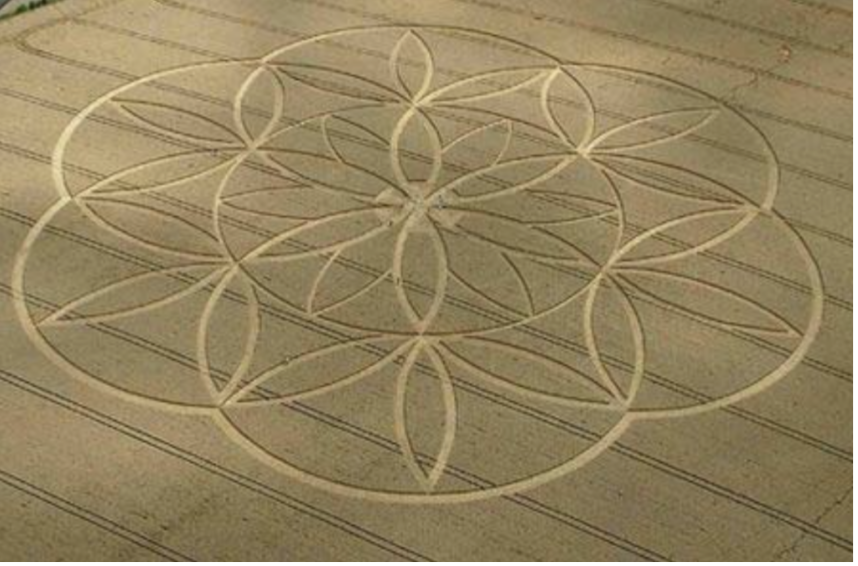 Focus your attention on the Petals and now think about what could be more sacred after the image of the number 8 in the sonic area: clearly the Petals that represent the transposition of matter on a geometrical level. To be clearer the SEI Petals are what represents the celestial vision placed within the Egyptian Zodiac.
How could such knowledge be witnessed and given thanks to it? Simply inspired by the geometry of those Petals present in every age and with every people on earth. 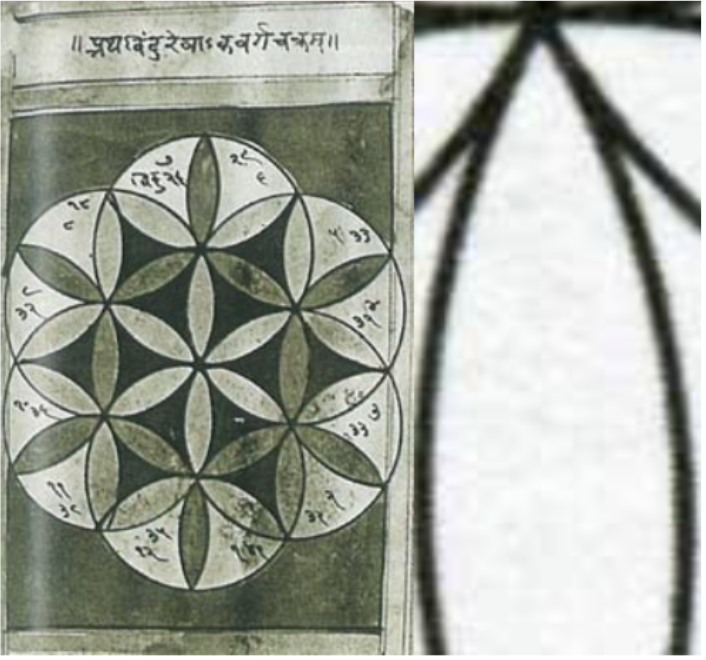 And this happened. Immense cathedrals were built using and applying to the Architecture a sonic knowledge that seemed evident through aisles with a breathtaking height, 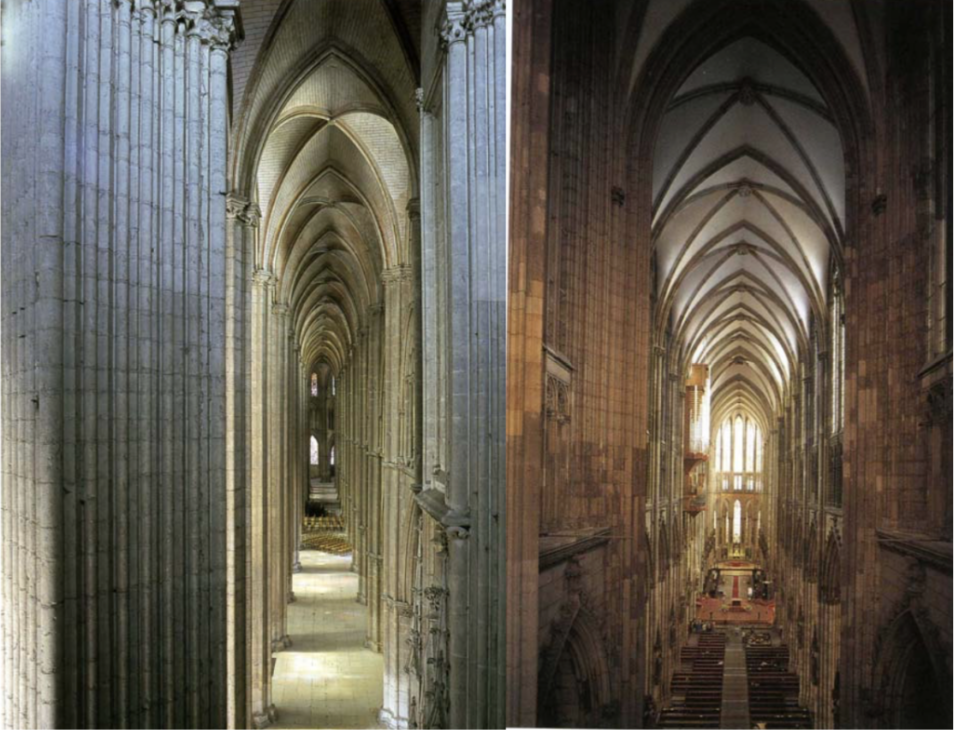 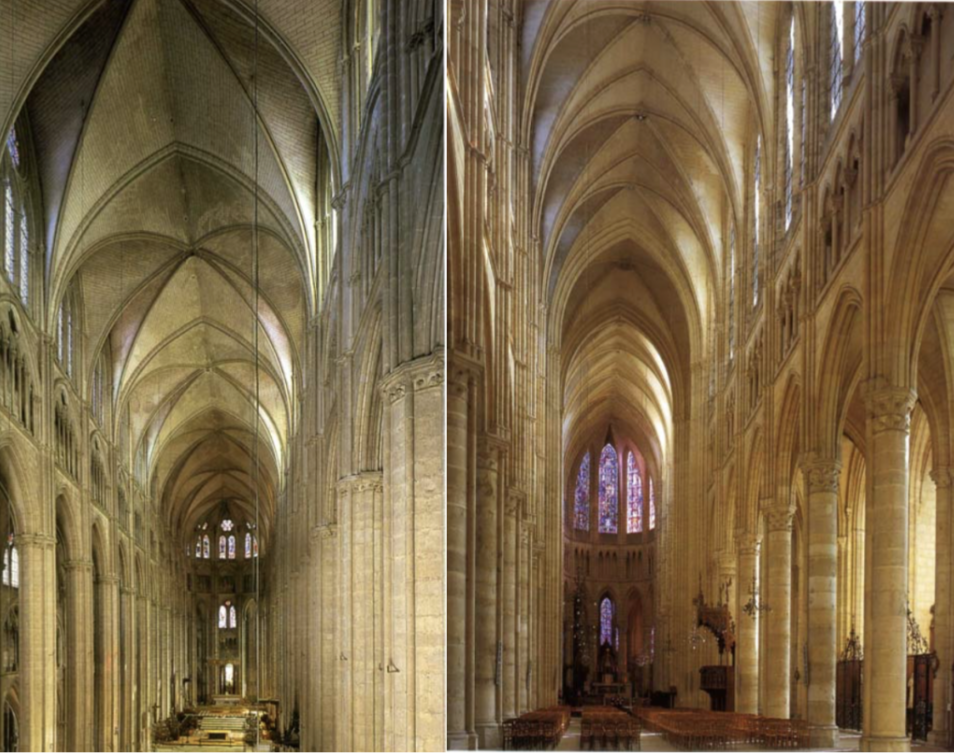 clearly inspired by the creative Petals, which in turn inspired famous ceilings, like stained glass with unquestioned uniqueness. 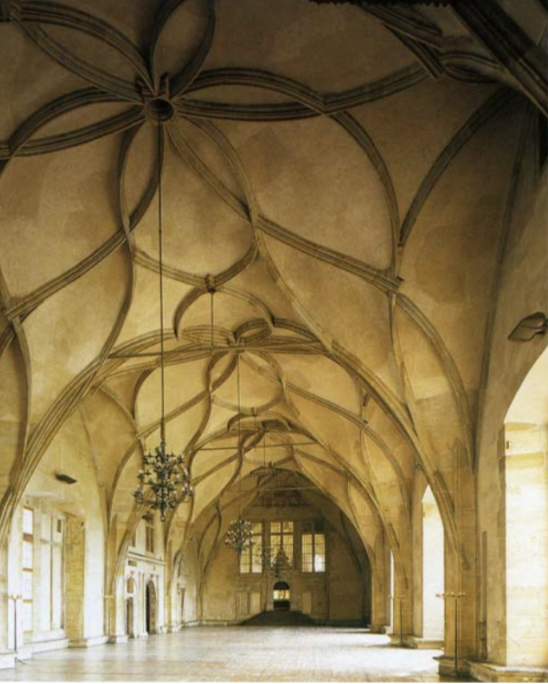 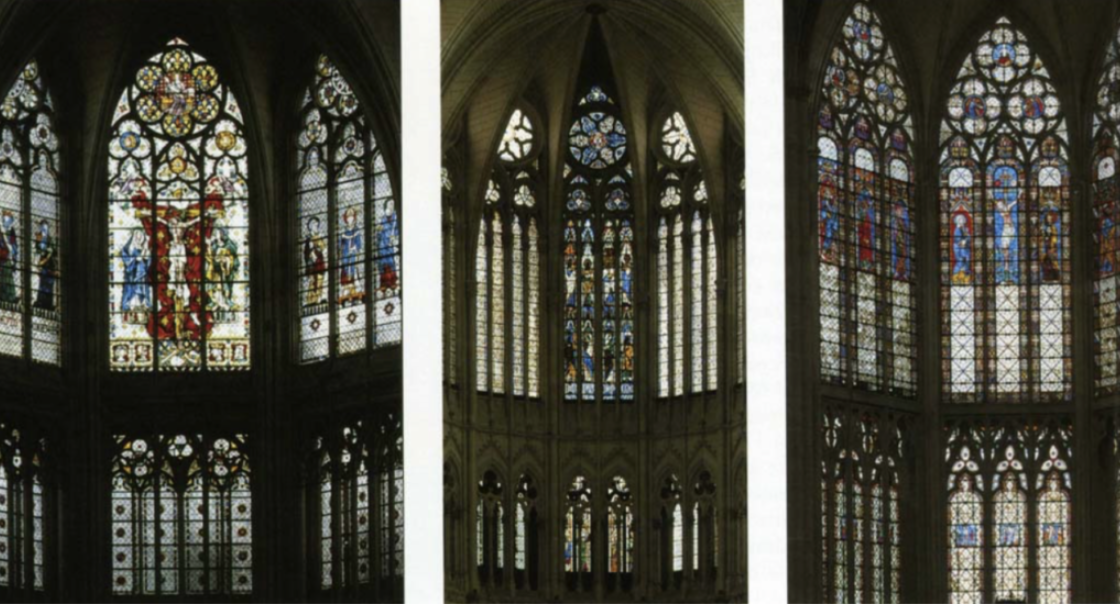 The Arco in Sesto Acuto had supplanted the entire Sixth Arch, decreeing not only a unique architectural development, but a real change in the “feeling” of all those who would have used those vibrational geometries. It was an appointment with the history of humanity, it was an appointment with the ethical, moral, especially religious, growth of humanity, begun with a particular “discovery”, which took place at the hands of a future “particular” Order, in a legendary place , like the stables of the temple of King Solomon.
Was it human art? Was it obscure knowledge? And the Crop, in light of this, are art? Or are they bringing other information to humanity, as it happened millennia ago, in anticipation, perhaps, of a new Renaissance?

Michele Proclamato (Taken from: A history of circles)